There's often a lot of discussion about when seasons start and finish. For me it's not about calendar dates, you have to tune in to nature. For instance, every February we always get a quiet day or two, when the sun feels warm and spring feels like it's just around the corner. The birds begin to sing differently too. It then goes back to a bit of winter, before spring starts properly in March.

Autumn is a season that I believe invariably begins in August. This year was more marked than normal; after the stinking hot spell in July, the weather suddenly changed - cooler and clearer, but also with a fair amount of rain. The starlings began their autumn chattering, the swallows lined up on washing lines, ready for the big flight south. 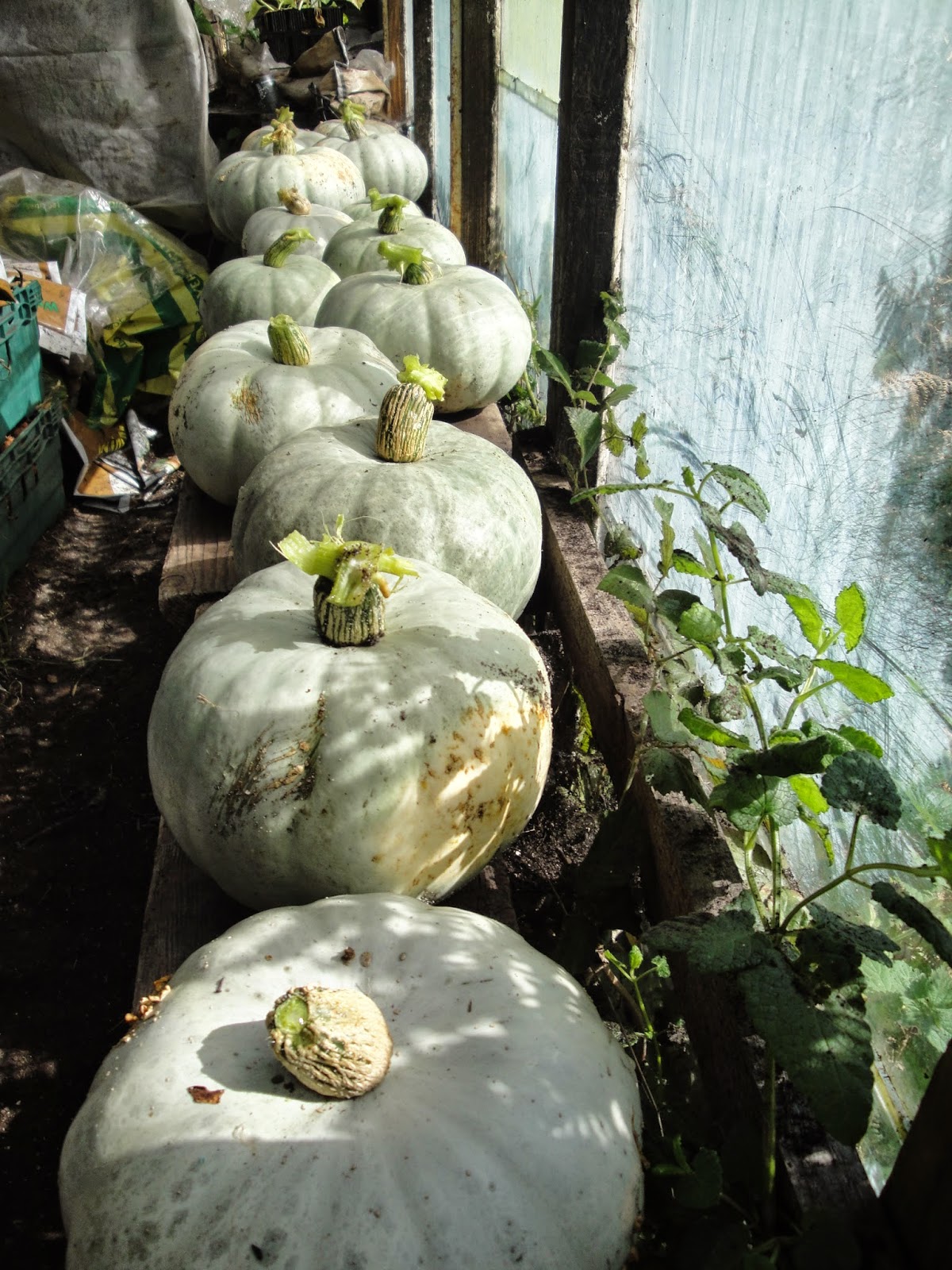 September was wonderfully warm and sunny, though in truth we were hoping for at least a bit of rain to keep the crops going. It's actually the closest we came to running out of water all year.

Anyway, all the autumn/winter crops are established and looking quite good. The onions have been in the shed for a while now, the squash is about to go in, apples are stored, and the maincrop potatoes about to be dug.

October has had a bit of everything so far - heavy rain, thunder, gales and glorious sunshine. Today was warm, sunny and calm. It had remnants of summer, but by now the bracken is brown, the air is much clearer and the days are so much shorter. But the colours in the sea and sky have been fantastic. 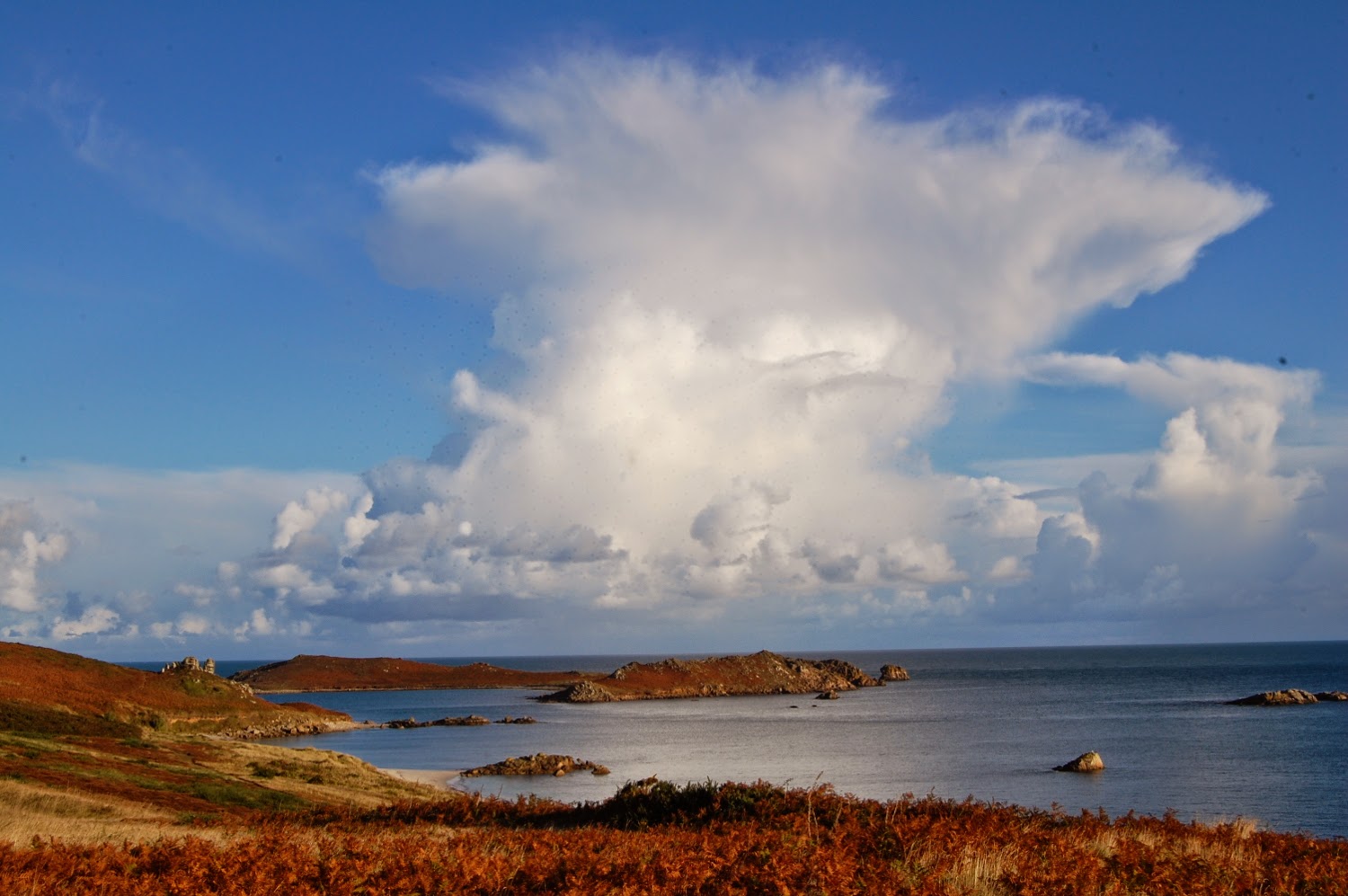 Given that the main work of the year is done, and there are no pressing jobs on the farm, this could just be my favourite time of year... 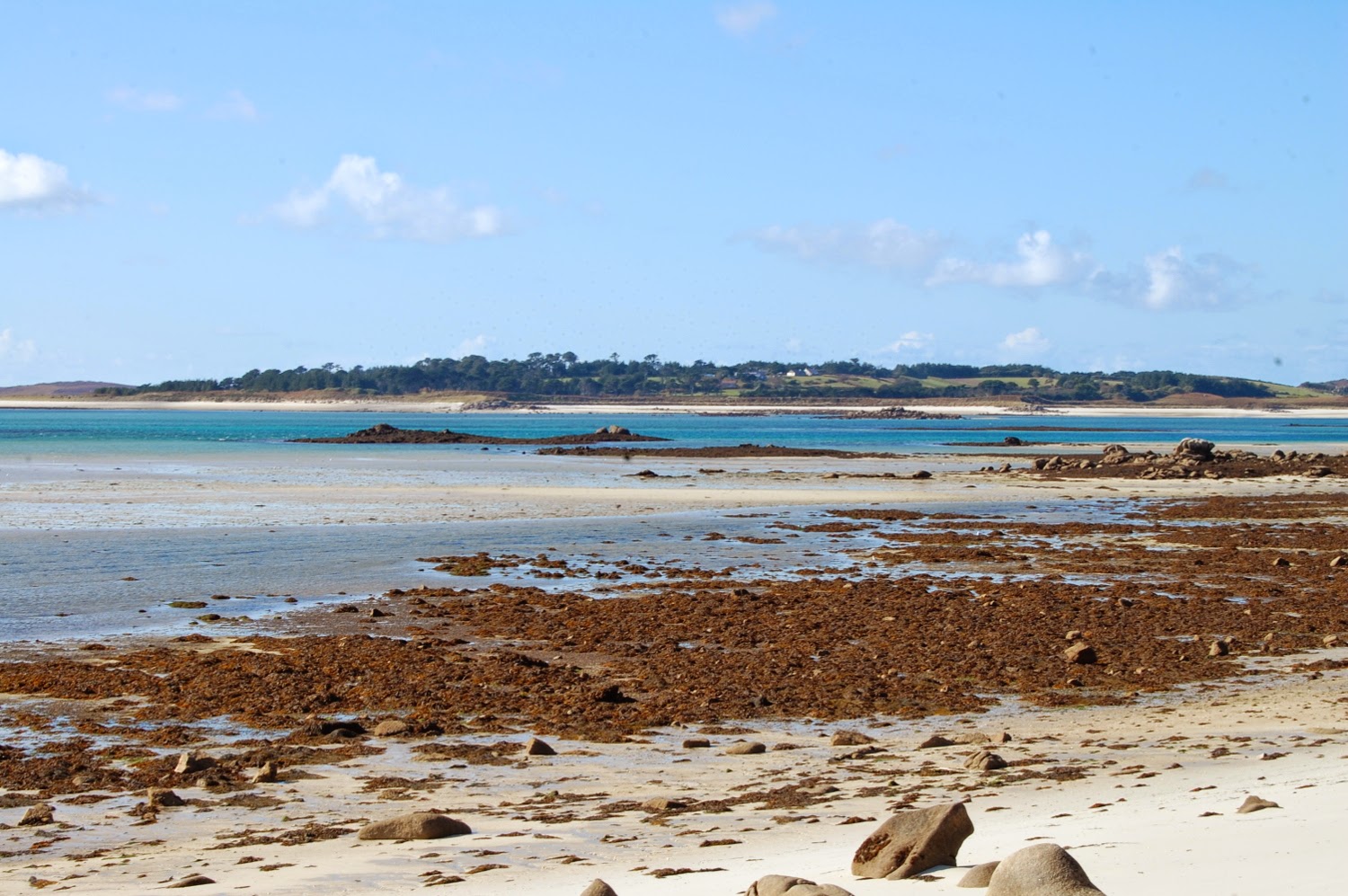 P.S. I noticed today that we had a little bit of promotion over Twitter, courtesy of Martin Hesp of the Western Morning News. Thanks! 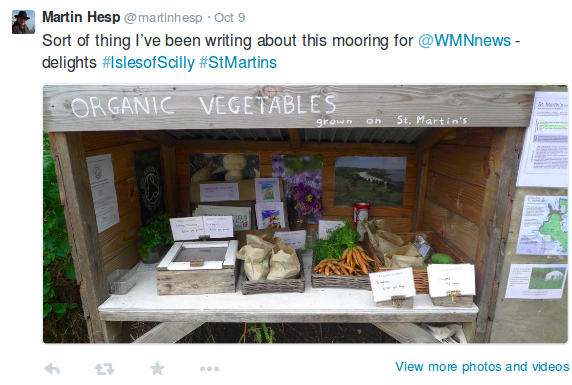 Posted by Jonathan Smith at 00:31 No comments: