Seedlings, apples and a big moon

The past week on the farm has been one of sowing and planting all sorts of crops ready for the coming season. Meanwhile in the glasshouse seed raising has been in full swing for a couple of months now. These chard and mustard seedlings are almost ready to be planted out and should give a crop in about 6 weeks. 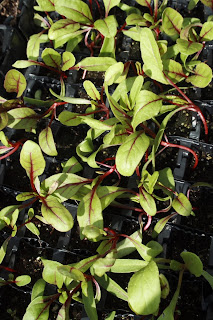 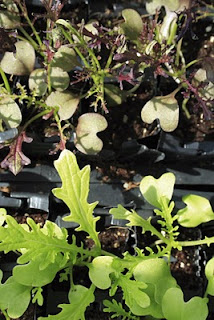 Meanwhile the apple trees are starting to come out in leaf - the early varieties are already nearly fully open. Blossom won't be long! Here is a photo of a Devonshire Quarrenden unfurling its leaves. 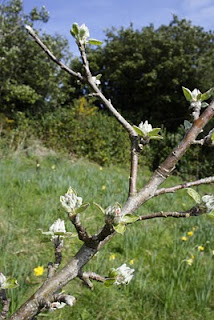 Full moon is today and it has been incredibly bright by night at the moment. Apparently its much closer to Earth than it has been for a while - can't say its noticeably brighter than usual, but certainly makes for fantastic evenings.
Posted by Jonathan Smith at 12:12 No comments:

March is always a busy time for getting new crops established. It's warm enough, light levels are good and there's still moisture in the soil. On these sandy soils you have to get most things established early in the year, letting them get their roots down to tap in to that moisture lower down in the soil profile. A dry spell later on in the year can cause big problems for new crops. 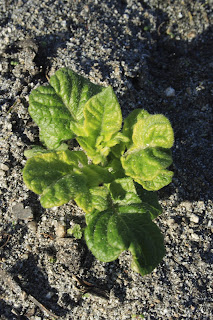 The early potatoes have come up and are now covered in fleece to keep them warmer - but they haven't made as much progress as I would have liked, so fingers crossed for some mild temperatures, sun and moisture to get them going fast.

Euonymous hedges are all looking wonderfully green at the moment and have incredibly vigorous growth. Makes you think about the power of perennials over annuals - they get started so much earlier as a rule... 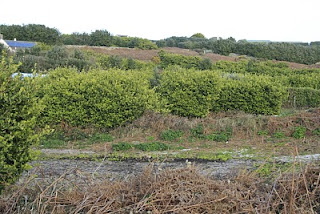 Posted by Jonathan Smith at 21:59 No comments: