Mid December to early January has seen storms of a ferocity that hasn't been seen for quite some time. Nationally forecasters have said "the worst in 20 years"; a record that's stood since 1886 was broken when the pressure over Stornoway dropped to 935mb.

They were extraordinarily big and deep low pressures that drove powerful winds and big seas, day after day, week after week. Some old boys in Scilly said they'd never seen seas to the west like it. Here on St Martin's we're lucky as we don't get SW or W seas too bad, being sheltered by Tresco (and Bryher and Samson). 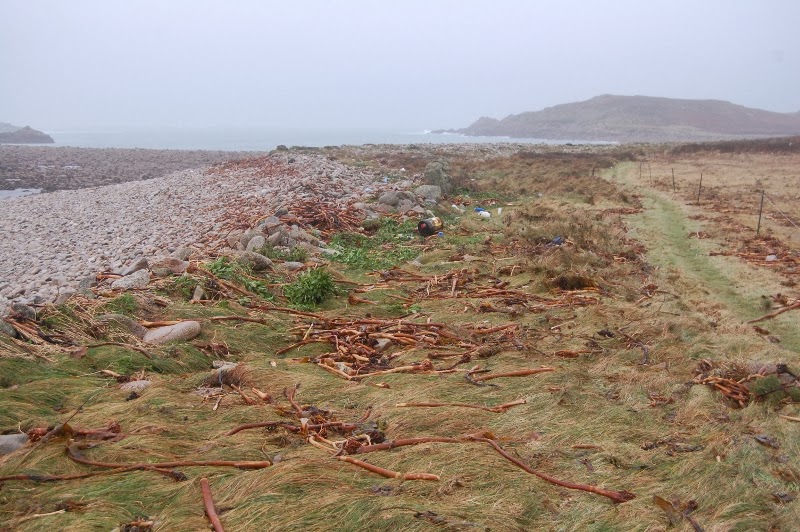 But with the spring tides around new moon in early January, combined with low pressure and on-shore winds, that's when most of the damage was done. The sea reached places I haven't seen before, like the seaweed washed up at Pernagie (not thrown up by breaking waves). It reached about 50 yards in to this field that days before had cattle in! 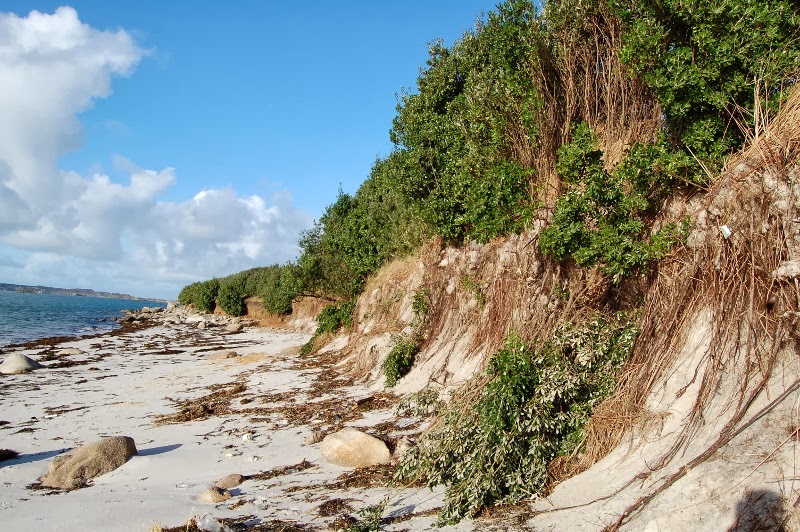 But most worryingly for us was what happened at Lawrences Beach. The idyllic backdrop to our place of work...not so idyllic one night. The high tide ate back in to the bank that lies between the fields and the beach. It seems quite a sturdy bank with good marram grass and a few Pittosporum trees. Not quite sure 'sturdy' is the right word any more... 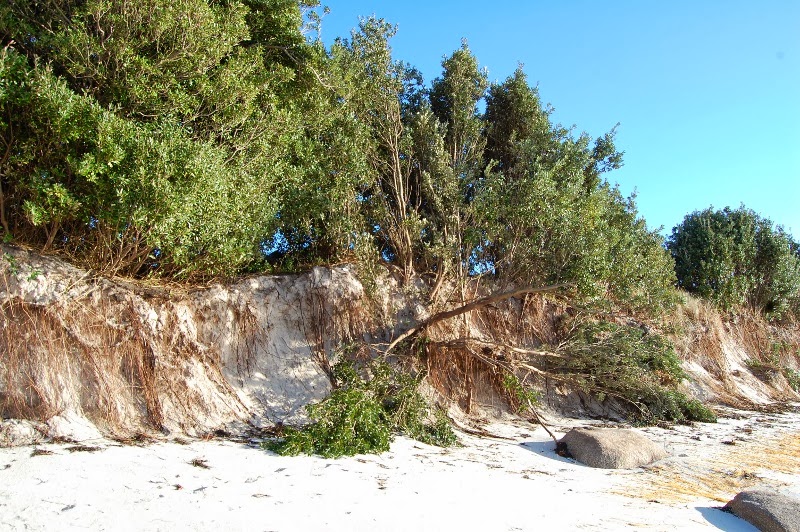 The issue is not the so much the damage that has been done; that's not good but not disastrous. What is worrying is what could happen next time. This stretch of Pittosporum has gone from being about 15 feet think to 8 feet. If that goes then there's nothing to stop the bank eroding further, then goes the track inside the hedge, and the fields have no wind protection. This needs some strategic thinking about.


Looking back through recent history, it appears the bank actually used to be at least 15 feet further out again. Along the west'ard end of Lawrences fields the public track runs inside the hedge line. But in this line of Pittosporums are walls and gate posts; it's evident from this and local knowledge that the track used to be outside where the Pittosporums are now. If you were there now you'd be on the beach!

All this makes me think of the impermanence of these islands, how we need to continually adapt and take the threats of climate change and sea level rise very seriously indeed.


Posted by Jonathan Smith at 12:35 No comments: